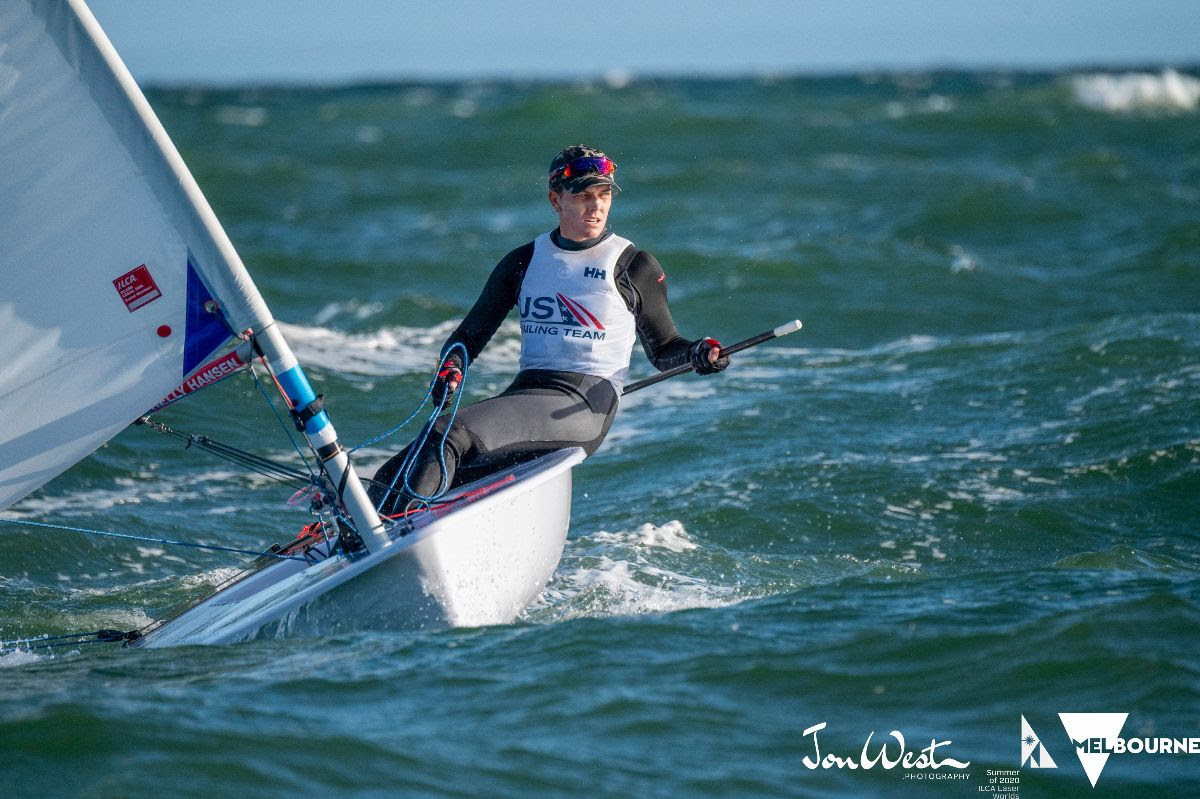 Finding her pace at the 2020 ILCA Women’s Laser Radial World Championships this past week, Paige Railey (Clearwater, Fla.) emerged victorious over fellow US Sailing Team athletes, Erika Reineke (Fort Lauderdale, Fla.) and Charlotte Rose (Houston, Texas), to win a spot on Team USA for the Tokyo 2020 Games. After capping off the event with a strong top-ten finish, Railey finished 14th overall. Reineke and Rose finished the event in 26th and 36th, respectively.

The final day of the 2020 ILCA Women’s Laser Radial World Championships yet again delivered some shifty conditions on Port Phillip Bay. Athletes hit the water as scheduled and sailed one race in three to eight knots. When the shifty breeze never solidified enough for the remaining two races, the Race Committee made the decision to finish the day after one race, marking the end of the Championship and U.S. Laser Radial Olympic trials.

At this point, Railey, at age 32, is an Olympic veteran with two Games under her belt. Still, her road to Tokyo has been far from easy. “It has been a hell of a road to get here. These last two Worlds have been the most stressful trials I’ve ever competed in,” she said.

“I’ve been working really hard over the last five months after I pretty much started from rock bottom with my body because of health issues. I knew coming into this event that Australia was going to be windy and it turned out to also be really shifty. So, going into our trials sitting in second place and expecting conditions that I wasn’t necessarily 100% ready for was definitely stressful.” Full Report