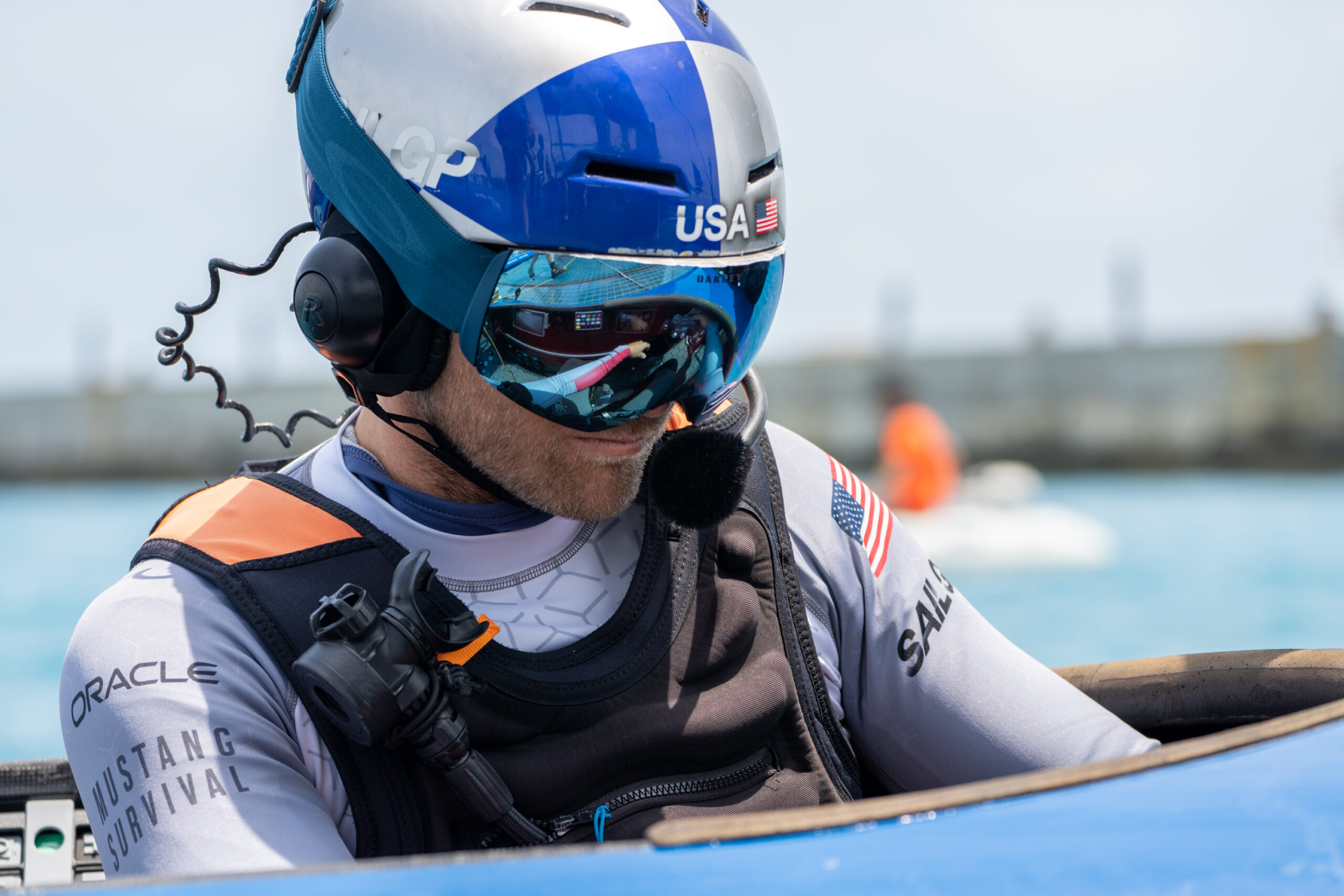 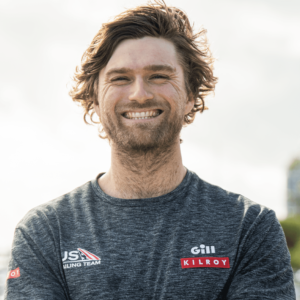 Hans Henken’s biggest goal as a kid – and still is – was to compete at the Olympic Games, against the world’s best on the world’s biggest stage. At thirty years old, Henken is nothing short of one highly accomplished human, both on and off the water. Starting off as a six-year-old in the Naples Sabot, Henken has since spent most of his sailing career competing on the US Sailing Team honing his craft and campaigning on the Olympic circuit in the 49er Class, currently with a view to Paris 2024 alongside teammate Ian Barrows.

A bachelor’s degree and master’s degree in Aeronautical and Astronautical Engineering from Stanford (2011-2018), Henken’s also been an asset to the US SailGP team as flight controller, helping the team chase its first SailGP Championship. To say that the guy is goal-oriented is an understatement. With an exceptional education and two Olympic campaigns under his belt, Henken’s focus has always been on how to reach goals when the internal goal has been to compete/operate at the highest level.

“I think a lot of it [my accomplishments] have been driven from an internal goal to compete at the highest level, knowing where I want to end up and how to set the tempo for how everything else follows through on that,” Henken noted. “I’ve always been fascinated with competition and I saw the opportunity for myself because I really enjoyed sailing so much, although as a kid you don’t see it as a career but just as a sport that you do because you love the water. My goal to compete in the Olympics has driven me to do everything else in my life I do to accomplish that.”

Henken admits that having big-reach goals requires an incredible amount of organization and the ability to break down the big goals into smaller pieces, recognizing that Rome wasn’t built in a day and understanding how all the small pieces fit together in the overall path to the destination.

“The job then becomes that of understanding how to hold yourself accountable for reaching those goals – the accountability factor then becomes the driving force behind the results,” Henken said. “If you go to events or a training block without a formal review of what you set out to accomplish then it becomes hard of keeping track of making progress.”

While they didn’t make the cut for either event, Henken views his two Olympic campaigns with Judge Ryan in the 49’er (Rio 2016 and Tokyo 2021) as successful: they provided Henken with valuable experience which he’s now applying to his current campaign with Barrows.

“They taught me how to take a close look at what didn’t work and realizing why it didn’t work, which is what I’m focusing on and applying now to my campaign with Ian,” Henken said. “Judge and I became good at identifying the small goals, but we failed at staying accountable to those goals and tracking that progress.” 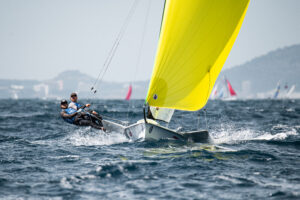 Having the patience to work through the failures together with the successes is an attribute Henken says his parents instilled early on.

“Having the outside perspective from people not engaged in the emotions of the results offers an unbiased view of what the plan was versus the result and to focus on giving us good advice on how they see the process coming together.”

To that point, Henken’s been fortunate to work with Charlie McKee for most of his career, who he met when he was in high school.”

“I met Charlie when he was into trying out a new class of boat, the foiling moth,” Henken smiled. “My brother and parents were interested at the same time as to what the foiling moth was all about and had purchased a similar boat. That sparked a huge relationship between me and Charlie which has only become stronger – he is my biggest mentor when it comes to almost more than sailing itself, like life mentoring in a lot of ways.”

With Paris 2024 on the horizon, Henken is only too aware of the stiff competition in the Olympic 49’er class across all the countries competing.

“We train with a lot with them, so it’s always been this interesting dynamic where for two weeks we are training super hard together and sharing a lot of information and trying to get faster as individuals and as groups and trying to explore what it means to be a top-level 49er sailor then the next week, we’re highly competitive and really going within inches of each to get that advantage. My team and the other US teams are all hyper competitive too – we are constantly training full-bore all the time trying to get an edge over our international competitors and each other! At the end of the day, only one team goes…”

Once he’s fulfilled his Olympic and professional sailing goals, Henken plans to take his exceptional education to the sky, literally. He always knew he wanted to work in engineering because he loves solving problems, and he wanted to solve difficult complex problems.

“As a kid I was always fascinated with airplanes,” Henken shared. “The 5-year-old Hans wanted to be an astronaut and the 30-year-old Hans is still considering that as an option. I feel like aeronautical engineering is where all the hardest problems occur, at least to me. I think in any field of engineering there are incredibly difficult but there’s something about space, something about flying, and that really drew me in. I could see myself being involved with something like SpaceX (laughs), doing my own research with Lockheed Martin – there are a lot of cool projects out there to work on. I want to work on cutting edge things that are just being imagined – tip of the sphere in terms of engineering.”

“I love to spend time with my parents and whenever I get the chance I go home,” he said. “Helena and I are super excited about getting married and are in a big wedding planning process which has been a whole other thing that’s been interesting to learn about (laughs)!”