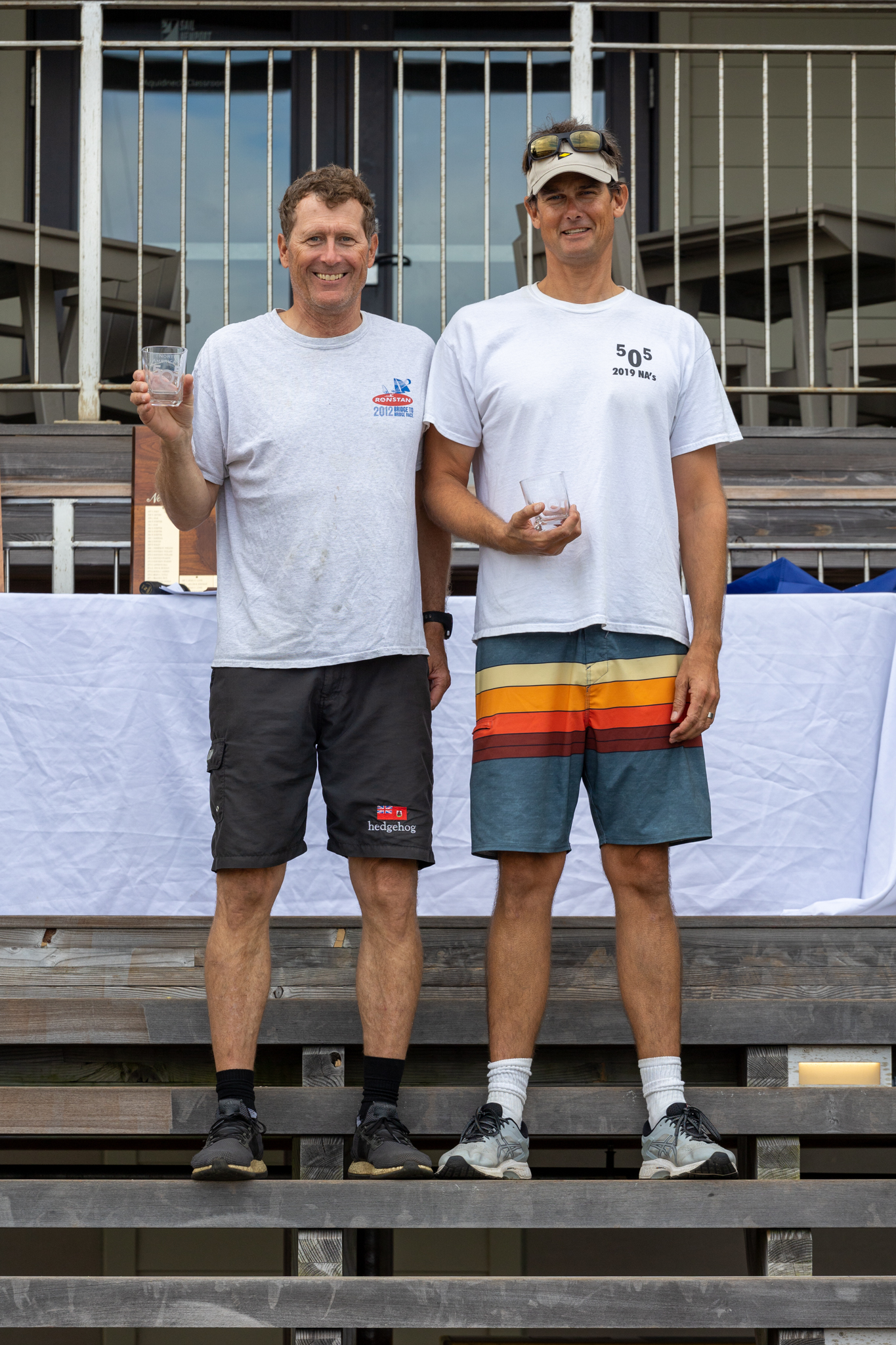 Mike Martin (left) recently won the 505 North American Championship, bringing his total NA wins to 11, yet he still maintains that first place in this highly competitive fleet can be almost anyone’s trophy to take home. After a two-year hiatus due to Covid, the 505 fleet, consisting of some thirty boats from 12 states and two countries including many of the world’s top 505 teams, recently gathered in Newport, RI, for the 2021 505 NAs. 12 races over four days were sailed in a variety of conditions. In final results, Martin and his crew Adam Lowry lead Mike Holt/Carl Smit by 11 points, with Nic Baird and Eric Anderson one point further behind.

Lead changes kept racing exciting, and the competition was as good as it ever is, Martin, a StFYC member and Board member for St Francis Sailing Foundation, reported. 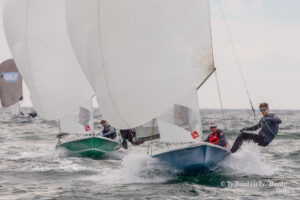 “It was super tight, fun racing. Different people won almost every day and it was just consistency, it wasn’t how big you won by on the days you won, it was when you didn’t win the day just how close you were. We went into the final day just three points ahead of Holtie, it was one of the tighter NAs that I have sailed.”

Ironically, as Martin commented, the windiest day which brought on conditions that he and Lowry excel in, was probably their worst day.

“Interestingly, we didn’t win on the windy day – normally that’s our edge where we just sheet in and walk away from everyone but we didn’t do that this year and I think that’s basically from lack of practice. Everyone was rusty, but we were all equally as rusty,” he laughed.

Sailing smart and being patient when things weren’t looking good was the approach that won the day for Martin and Lowry.

“We just kept chugging away, we sailed tactically really well, pretty low risk and consistent,” Martin said. “We didn’t win a lot of races – Holtie won more races than us, but we never had bad races. What we did well is we had at least equal boat speed in every condition, so we were never slow, and we sailed generally well. We made some mistakes here and there, but our mistakes weren’t huge and probably we made most mistakes on the windy day when normally we’d have a big advantage.” 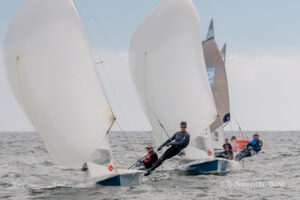 They didn’t have to sail the final race, so Martin and Lowry decided to throw risk out the window and live a little.

“What we really wanted to do several times in the regatta was just bang the right corner, but we didn’t have the balls to do it because we were sailing too conservatively,” Martin laughed. “So, for the last race we did it. As it turned out it wasn’t a huge advantage, but it was our first opportunity to sail high risk – during the rest of the regatta we weren’t willing to sail high risk and I think that was why we were the most consistent team.”

Earlier this year Martin was able to sail some 505 regattas and while his training partners were around, participated in his long-standing Team Tuesday sessions, a collaborative training program he and Howie Hamlin put together years ago when they first started racing together in So Cal. When he’s not sailing 505s, Martin still gets plenty of time on the water – this year he’s logged some 100 days of kite foiling and racing. 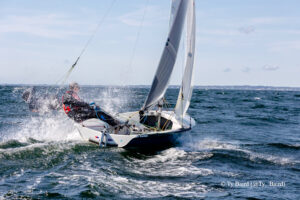 Martin hails from Alexandria, VA, where he grew up sailing out of Annapolis on the Chesapeake Bay and sailed in college at Old Dominican University. In addition to his 11 North American victories, he has won four World Championships in the 505, the first in 1999 with Howie Hamlin, in Luberon, France.