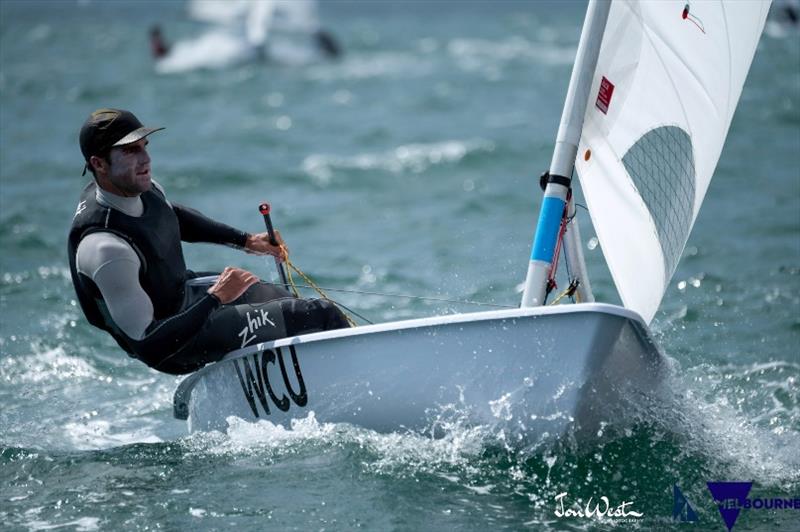 Just back from a productive and successful Europe tour, US Sailing Team Athlete Charlie Buckingham is cautiously excited about his training progress and next steps as he counts down to the Olympics next summer.

With the postponement of the 2020 Games and all things going on related to the pandemic, Buckingham was thrilled to be able to spend almost three months in Europe this summer thanks to a travel exemption facilitated by the Italian sailing team. He accomplished a ton of training and competed in three events, finishing fourth at the 2020 Kiel Week Regatta, winning the 2020 Italian Championships at Follonica on the Italian Tuscany Adriatic Sea Coast, and finishing sixth overall at the 2020 Laser Senior European Championships in Gdansk, Poland where 120 sailors competed in the Men’s Laser Standard fleet.

“I felt I had to strike on the opportunity and am really pleased with how the trip went,” Buckingham commented. “I was pretty much able to meet every goal that I set and get some good results.”

With the pandemic offering limited possibilities this year to compete at all, it was a huge opportunity for Buckingham to be able to start with all of the medal contenders he will be up against next year with the exception of the Aussies and Kiwis, and to perform well against them was really encouraging.

“I think it’s a good indicator for next year,” the 31-year old from Newport Beach, Calif., noted. “Each of the three events helped me in my preparation for Japan.”

“Kiel was mostly offshore wind which was quite like Japan in the offshore wind that they have there, Italy was mostly strong sea breezes which we may also have during the Olympics. Poland was quite different to those we will typically see in Japan but it’s always good to get competitive repetitions under your belt.”

Buckingham is presently winding down his training regimen and enjoying a short break at home in Costa Mesa, Calif. He expects soon that he and coach Diego Romero with whom he’s been training for two years, will finalize a plan for the build up to next year but for now he’s focusing on fitness at home and staying sharp on the boat.

“I have no major travel or competition coming up – just keeping it simple at home through the end of the year and travel will start again in the new year,” he said.

Buckingham’s daily work-out routine usually depends on the phase of the season. It typically includes an aerobic session and a strength session each day if he’s training at home, and if he’s sailing, he might replace one of these sessions with the sailing workout. He’s been fortunate to have had Paul Didham, a young student from the University of Long Beach, to sail with these past months.

“I always practice in Long Beach so if Paul was available it was really helpful for me to have another boat to practice with during quarantine,” Buckingham noted.

His regular sparring partner is Juan Maegli, an Olympic sailor from Guatemala.

“Juan’s got a ton of experience and he’s a really good sailor,” Buckingham enthused. “We share a coach and when we’re traveling and training, I’m always training with him.”

Sports psychology coaching plays a big part in Buckingham’s training – being mentally prepared is an important part of his groundwork so that he can be in an optimal mindset when training and competing.

While conditions in Japan can be anything, Buckingham noted that the bodies of water he’ll be training on leading up to the Olympics will be mostly open water venues with waves, citing that its probable that the highest percentage of condition sailors will see in Japan next summer will be some sort of onshore condition with waves and swell.

“We’ll probably tailor our training to venues like that,” Buckingham commented, “but practice is equally as important as specific conditions practice. For the first half of the year my training will mainly be a purely competitive focus to really practice finishing at the top of events and hopefully closing out on the top of the podium.”

“It’s made me realize that things can be taken from you instantly and it’s forced me to re-evaluate and understand that I am really fortunate to be able to do what I do,” he said. “When faced with the prospect of the Olympics being canceled I was thinking what a shame it would be to have that happen and not be able to be proud of the effort that you put in. It re-focused me to be grateful that every day that I live my dream is a gift and that I need to make the most of it while I can. With that gratitude I really made the most of the trip to Europe and the outcome was a really good result.” 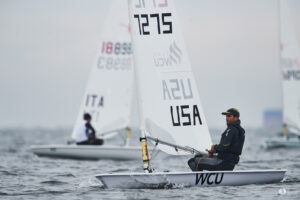