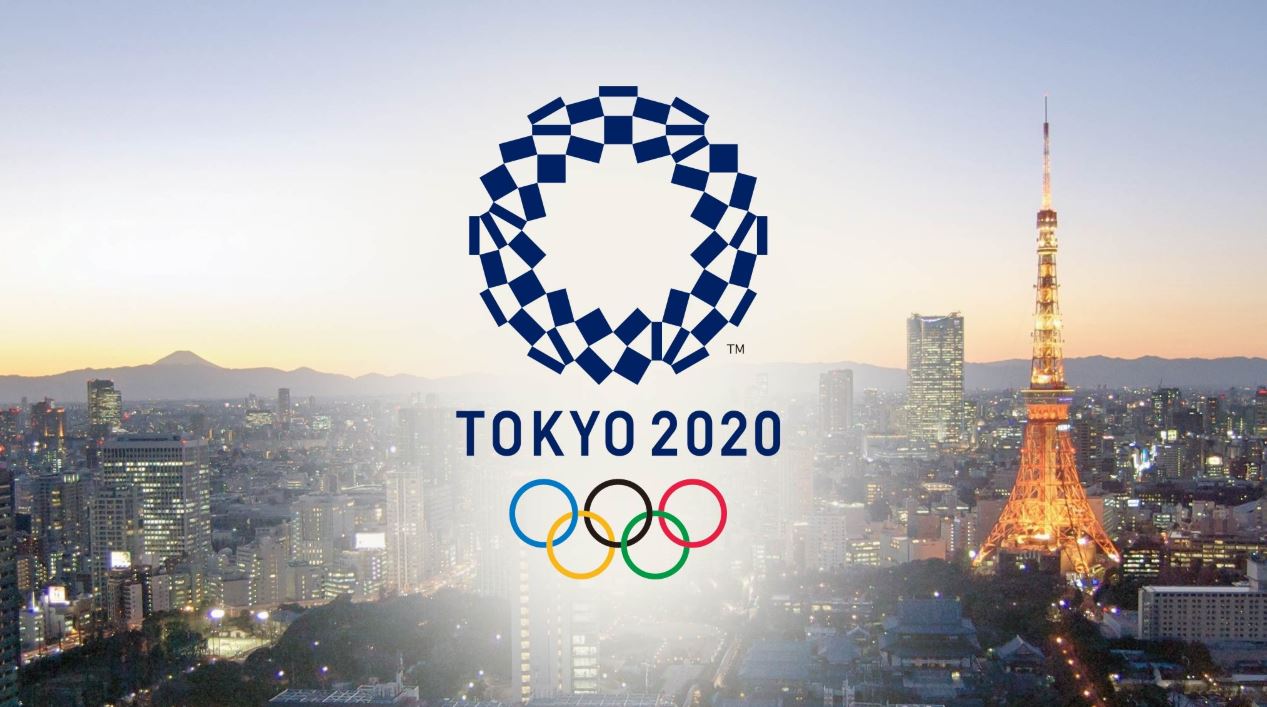 With one year out from Tokyo 2020, US Sailing and members of the US Sailing Team gathered recently to chat about their Olympic experiences – past, present and future. Briana Provancha, Olympian and current US Sailing Board member, moderated the session. Foundation grantees Stephanie Roble/Maggie Shea (49er FX), Paige Railey (Laser Radial), Luke Muller (Finn), Anna Weis/Riley Gibbs (Nacra 17), and Charlie Buckingham (Laser), talked about their Olympic journey. Following are excerpts from the discussion (part 2):

What is your pre-Olympic meal going to be?
Maggie & Steph – French toast and strawberries, carbohydrates, it’s a winning meal!
Charlie: I like to have a big hearty breakfast so for me its bacon, eggs, toast, and avocado.
Anna/Riley: Breakfast we’ll do whatever but we’re planning on having a late afternoon start so it’ll have to be sushi for both of us – or a rice bowl.
Luke: I pretty much eat the same thing before sailing – a cup of oatmeal, six eggs and a smoothie and I usually take the smoothie to go. Finn sailors tend to eat a lot so I kind of have three meals in one.

Talking about the mental side of sailing, what are your thoughts when you get to the starting line of the most important race of your life?
Paige: One of the biggest things I think for the new guys is probably more mental than skill. A lot of people get it in their head, “Oh wow, I’ve finally made it to the Olympics, I’ve been working my whole life just to get here”, and they have a lot of pressure and nerves. My biggest recommendation is the amount of time you spend training in the gym and in the boat you should be spending working on the mental game which means going through everything inside of your head. You need to confront your own demons, you need to confront your own fear, you need to put out a realistic goal that you want and go through every single emotion that you feel when you are on the starting line. It’s not just the starting line – imagine you are first in a race and you round the windward mark top 3 – how are you going to feel? How are you going to feel when you look over and there’s a press boat? It’s really important that you ask yourself what your weaknesses are and what you’re going to feel when the pressure is truly on. During this Covid time I have been spending the same time as I have physically training as I have mentally training.

What’s it like right at the start of any big event when you are doing your warm-up – what’s going on in your head?
Steph: Our whole approach is really process-oriented. We use that excitement to feel our focus towards that process. We go out and we have our pre-race check list and if we go through it and have time to burn we find another way to almost keep ourselves entertained until that starting line gun goes off then we have our next process that we focus on. Malcom Page gave us some really nice advice: “The boat, the sails and the equipment and the water and the wind don’t know it’s the Games so it’s just you that knows – you don’t have to go out there and do anything different. Your equipment is there for you to perform, you just have to perform your best and don’t do anything different than you would for any other race.”
Maggie: “We have certainly had important races where we felt anxious and I am sure the Olympics is amplified. We have worked really hard on intentionally focusing on the process instead of letting the clutter distract you. Let your teammate help you out a little bit if you are nervous, focus on perhaps what you need to eat before the race. We focus on the prompting questions to get our minds back on task at hand. I think we’ll keep doing more of the same – focus on process.”

What are your early Olympic memories and how did they impact your desire to be an Olympian?
Maggie: Watching the divers – I didn’t really know what they were doing or what they were being rated it on but I thought it looked so cool, what they were executing, I had a lot of appreciation and I thought they looked amazing.
Steph: I really enjoyed watching the gymnasts – I had a little gymnast time in my life so I really loved following them – I think there’s so much focus that goes into being a gymnast and I admire that.
Charlie – My whole family is really passionate about the Olympics. I was pretty young but I specifically remember watching the track and field in Atlanta and Michael Johnson with his golden spikes and being super inspired by that when I was younger. In Sydney 2000 I specifically remember watching the final Laser race on the Outdoor Life Network and seeing Robert Scheidt (Brazil). At that time I was just getting into sailing myself and I didn’t make any decisions then but thought it looked really cool – 16 years later I ended up racing against Robert in the Laser.
Paige: The first time I saw the Olympics was in ’96. My family was watching it on the big TV downstairs in the living room. It was the opening ceremony. I said, “This is so boring, I left the room”. I never had dreams of going to the Olympics, I was that person who just fell into it at 16. I learned about the Olympics in Greek mythology. And now I’ve been to three Olympic Games. I’m telling this story because for all of you people who think you are late bloomers – I’ve had 15-16 year olds reach out to me asking if it’s too late to head to the Games, I’m like, “Oh no,  it’s never too late to have dreams of the Games.”
Anna: When Anna Tunnicliffe Tobias spoke at the yacht club where I’m from. I got a picture taken with her and the gold medal – it was so heavy! That was a really cool moment and she’s been one of my biggest inspirations to go to the Olympics.
Riley: Going to Park City (2002) with my grandparents and family. I was also inspired by Molly Carapiet and Molly Vandemoer.
Luke: It’s funny that Farrah mentioned Mike Gebhardt as he was my neighbor growing up – he was always around us growing up, he was like an uncle around me and my younger brothers and older siblings – he sailed against and coached my older brother Phillip who participated in two Olympic trials. I was born and my mother took me to the ’96 Olympics in diapers – I don’t remember it but it’s definitely in my blood. When Mike won a gold medal I thought if it could happen in my back yard with the people I know and seeing that work ethic, I though maybe if worked hard enough I could get there. It’s definitely been a big part of my life.

Strategies for staying upbeat and staying positive during Covid uncertainty?
Paige: I always tell people that they way that you think is a choice. I can choose to be negative and upset or doubtful about the Olympics but instead I am choosing to try to see the positives during a tough time. Every single day I ask myself what I can do to get one step closer to my goal. I’m taking all this time as an opportunity – to get stronger and to grow which only means I am going to be better prepared for the Olympics. With everything comes a choice and I choose to walk down the positive route.
Riley: I guess as a team we went through phases individually as to who was motivated and who wasn’t motivated but now that we are back together as a physical team we can really work together on our missions. Reuniting has helped motivate us both. Having fun with it will definitely go a long way for us – how are we going to enjoy this and find happiness in this again.
Anna: Especially going into the next year, we didn’t have a lot of time because we just teamed up just a little over a year ago now and so we were expecting to be in the Games now and still pretty inexperienced so now we’re taking every day as an opportunity  – it’s almost like a gift we have been given. It’s finding that healthy balance between life and sailing is going to be super important for us, staying positive and motivated – Riley mentions motivation which I was learning about during quarantine – a better word is discipline as you can’t stay on a trap with motivation because motivation comes and goes. But having that discipline to just get out there everyday is what is really going to matter.

Knowing what you know now, what advice would you give to a younger sailor?
Luke: If you really want to do this, know that it’s a really long road, it’s really hard, be prepared to work hard, seek out the best training group that you can – I was really lucky to be part of an amazing group of youth sailors in Fort Lauderdale and then afterwards sailing with some of the best people that have sailed the boats I sailed, seek information from every coach you can, be the person who always asks questions and review those notes, always be the hardest worker in the room, be disciplined but take care of yourself. Push until you can’t, take care of yourself a little bit, then push a little more. And really enjoy it. Recognize that you are extremely lucky to be involved in a sport that’s on the water in beautiful places with extremely bright and hardworking individuals. Keep at it, don’t stop.
Paige: My parents were really happy whenever I just finished a race! Have a lot of fun when you are a kid, don’t think Optis are the Olympic Games because you can be a really terrible Opti sailor and not make much of yourself then you can get into a boat in your teen years and make something of yourself. That was my experience. When you join the Olympic path you have to have a lot of fun as well – of course you have your diligence, hard work and training but every single day you have to wake up and ask what’s nice about sailing. I’m 33 now and started when I was 8 – and I’m still enjoying as much as possible.
Steph – Fall in love with the sport and being on the water – that’s a really important part of it, finding the fun and enjoying it every day.
Maggie: The results don’t really matter until they matter. In junior sailing and when you are still learning, they don’t matter. Regattas are important, accomplishments – you can cherish them, be proud of them but don’t put too much pressure on yourself to produce results in junior sailing. Commit yourself to learning how to learn and having a good mindset at a young age will set you up for challenges later in life whether it’s sailing or work.  If you are in last place right now, it’s totally fine, I’ve been there! 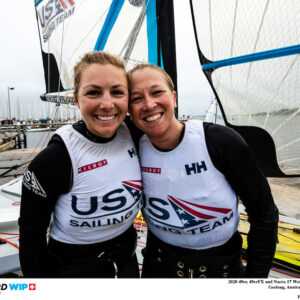