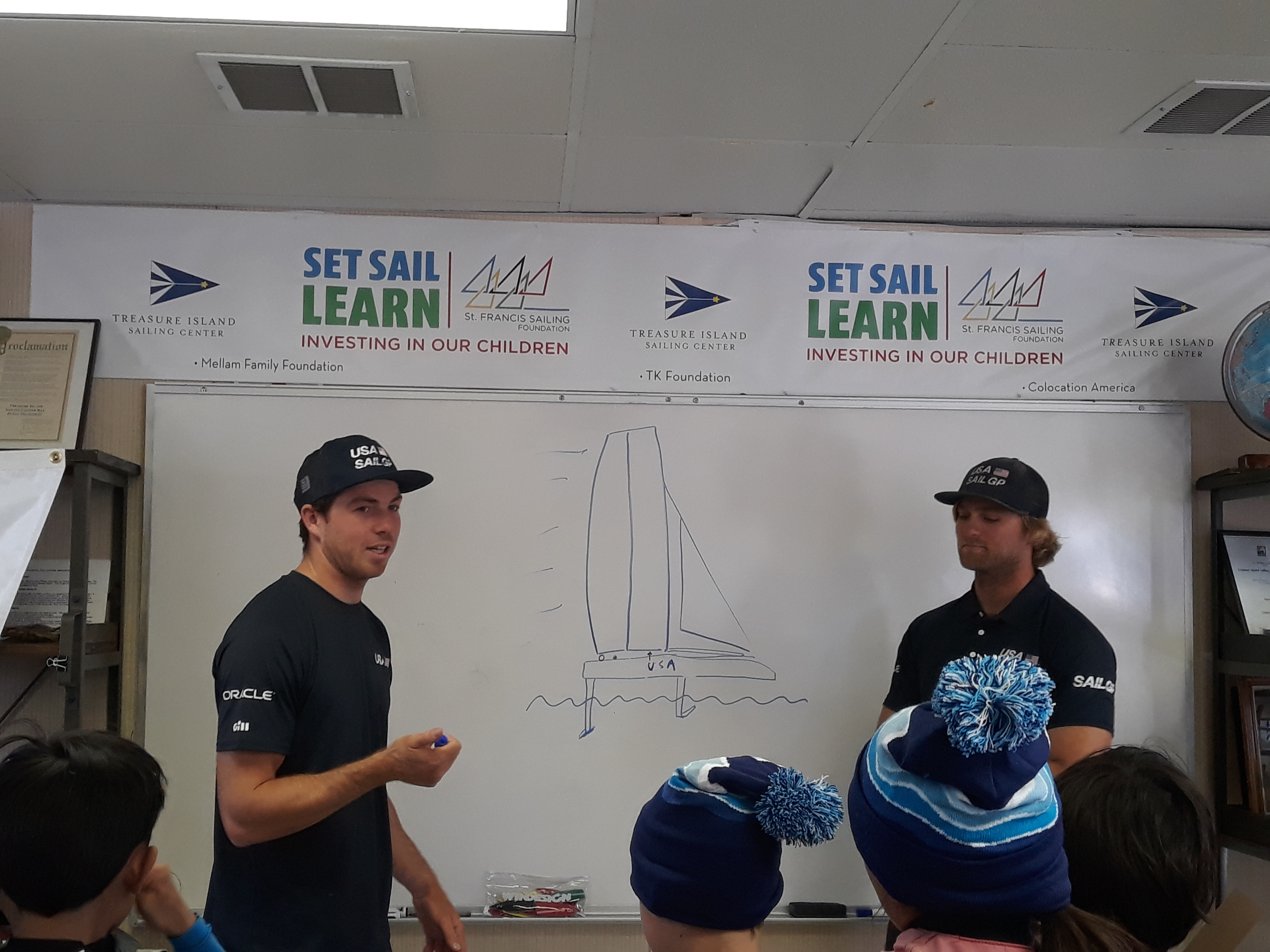 If he was giving advice to his younger self, Foundation grantee Riley Gibbs would tell that younger self, “Sail as much as you can and sail as many classes as you can – it really helps you to gain knowledge in every aspect of the sport, sail different boats and sail as with as many people as you can. Be a sponge and bring it into the rest of your sailing.”

Gibbs and Hans Henken, teammates on the US SailGP Team are in San Francisco this week racing in the 2nd event of the new SailGP series. The pair are also teammates on the US Sailing Team: Gibbs is campaigning the Nacra 17, and Henken the 49er, for the 2020 Tokyo Olympics. But the boat that they race on as part of the SailGP Team – the F50 – brings new meaning to the phrase, “Go big or go home”.

The F50 foiling catamaran is considered one of the fastest sailing vessels in the world, powered by a 78-foot wingsail and flying above the water on hydrofoils, it is one mean flying machine. But speed is what turns it on for these young elite sailors.

Speaking to a group of kids at the Treasure Island Sailing Center (TISC) this past weekend, Gibbs, a wingtrimmer on the F50, and Henken a flight controller, concurred that even as young kids, going fast is what they always wanted to do.

“I was always intrigued by speed and while I started sailing in Sabots, I couldn’t wait to sail a 420 and then the 29er, after that came 505s, 18-ft skiffs, kite foiling – now I’m doing an Olympic campaign and sailing 50’ foiling catamarans. I have always been really driven by speed,” Gibbs said.

The TISC kids also wanted to know where and when Riley and Gibbs started sailing, and were pretty impressed when both replied that they were sailing by age 5 – Gibbs at the Alamitos Yacht Club in Long Beach, Calif., and Henken at a community sailing program like TISC in Dana Point, Calif.

“When I first got into sailing it was all about the ability to sail my own boat – as a small kid it was so cool to be able to do that, actually control my own craft,” Henken explained. “That’s where I developed my love for sailing.”

Gibbs sketched a F50 on the chalkboard, which drew some wide eyes when the guys explained that these super-fast cats fly above the water at speeds of 25-33 knots upwind and 38-40 knots downwind – quite a bit faster than an Opti!

“The first time I set foot in the F50 was fantastic,” Henken said. “They are incredibly fast – and incredibly loud! When you get up on the foils there’s a high-pitched whistling sound – it’s a lot of adrenalin for sure. The fastest that we have gone is about 47 knots – that’s like going down the freeway in your car with your head out the window – it’s really loud!”

But at the end of the day, what both these elite sailors love about sailing is getting back on the water each day, improving some over the previous day, and mostly having fun.

“There are many ways to see progress in our sport and its often results-based, but for me it’s more about just having fun in the water and the joy that develops going from one sailing class to another,” Henken commented.

And, hopefully it’s a message that will stick with the young TISC sailors for a long time. 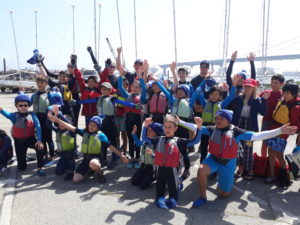