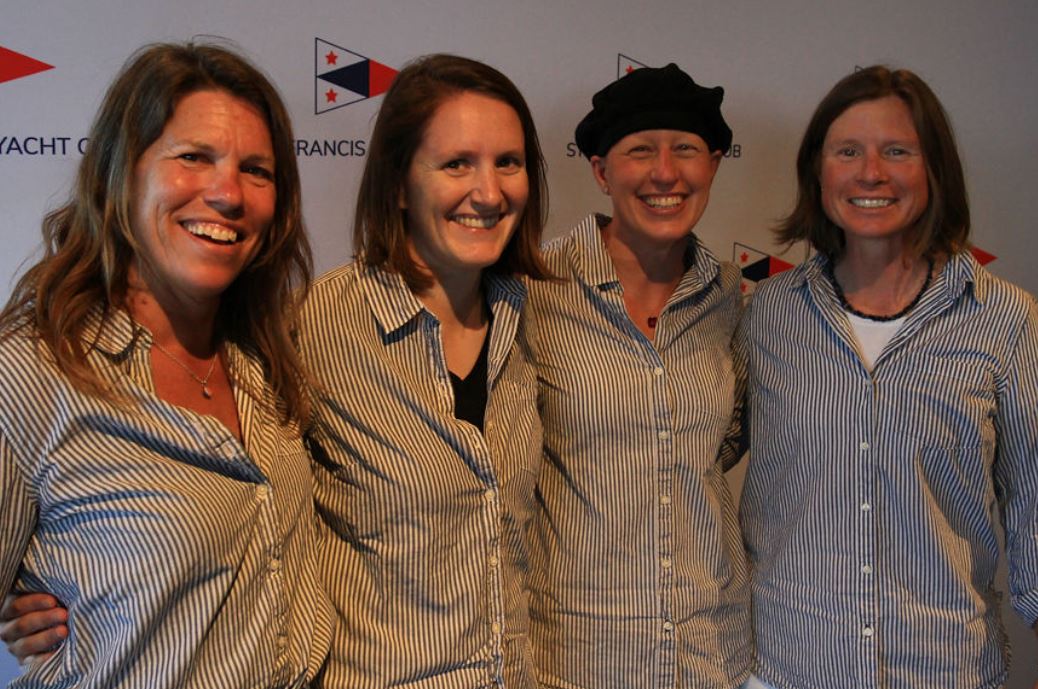 Racing is underway at the 2019 World Sailing Nations Cup Grand Final hosted by the St Francis Yacht Club. Nicole Breault and her crew Molly Carapiet (both Foundation grantees), Karen Loutzenheiser and Hannah Burroughs went into Day 2 in first position out of ten international women’s teams competing. Breault and crew won the event in 2015 (the event is held every 3 years), so going into this event she knew they’d be in for a battle.

“We competed in the semifinals in 2015 against Juju Senft (Brazil), and we faced Pauline Courtois (France) in the finals to win,” Nicole commented. “We have also raced against Team Anna, notoriously strong from Sweden, and have yet to defeat her. We took Allie Blecher and her Team BAAM in the 2018 U.S. Women’s Match Race Championship, but they will also be tough for sure. This is a very strong field of competitors, and 10 teams deep!”

Molly added, “Many of the women competing this week have been doing a lot of match racing in the WIM series and in their regions. Moreover, San Francisco in April can bring a variety of challenging conditions that will test all of the teams. I think there are multiple teams that could win this event.”

Nicole, Karen, Hannah and Molly have been sailing together for over five years and have a deep respect for each other’s sailing abilities. “Nicole and I take a truly collaborative approach to decisions and talk through everything whenever possible,” Molly said. “We are always finding a way to laugh on the water, too!”

Molly and Nicole have known each other a long time. They both sailed for Yale on the co-ed team and as Nicole explains, they have developed a lot of common characteristics in how they each approach the game. “There’s more than 10 years between us in age but having sailed together a lot, we have a clear picture of what is going on in our heads at any given time. She finished my sentences!”

The Nations Cup is a culmination of an international qualifying system that has brought together nine Open teams and ten Women’s teams for this World Sailing match racing championship. Racing began Wednesday with a single round robin series which is the first stage in narrowing the field.