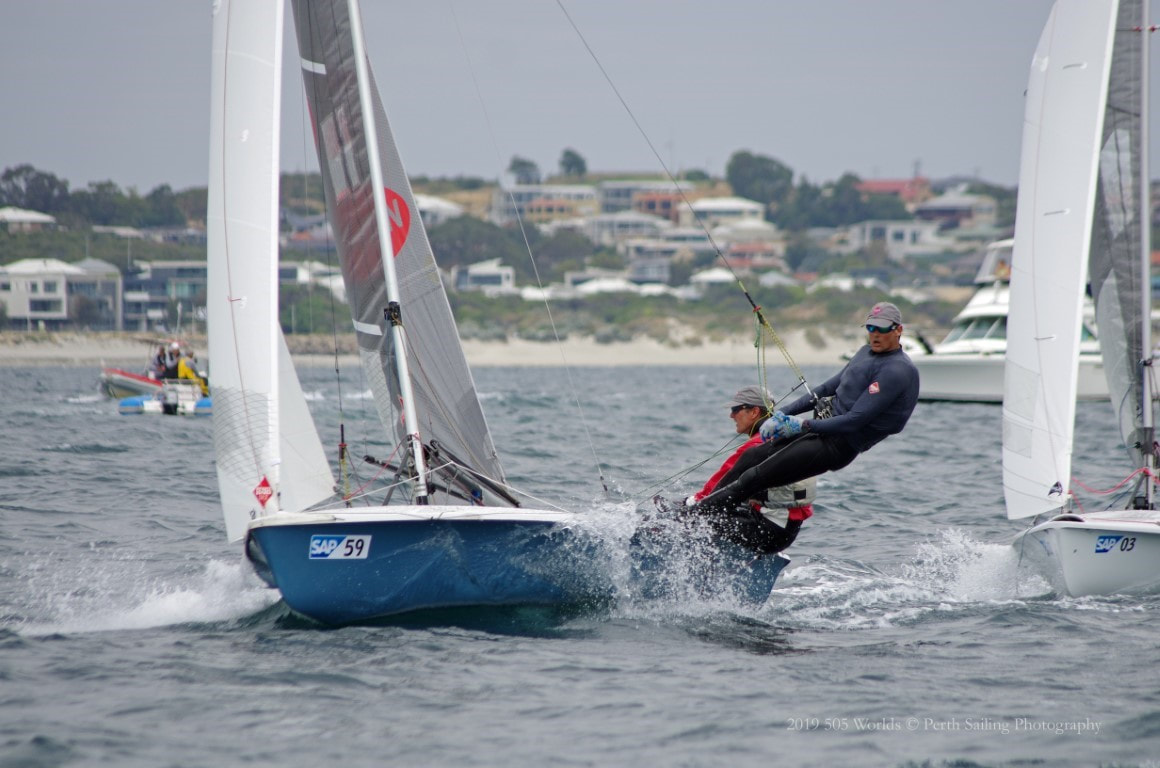 The California “Team Tuesday” formula seems to be working. Winners Martin and Lowry, and third place-overall finishers Shinn and Anderson, are training partners out of StFYC. Fifth-overall finishers Howard Hamlin of Long Beach and Jeff Nelson of Truckee and seventh place finisher Reeve Dunne (sailing with skipper Ian Pinnell) are also part of the program. For previous World Champion Hamlin, this event was his 40th Worlds as a competitor.

“Our ‘Team Tuesday’ training sessions out of the St. Francis really paid off. Training on the Cityfront every Tuesday prepared us for Fremantle conditions, particularly in the breeze,” said Martin. “Five of our training partners finished in the top seven, so it shows how important our training program was to our mutual success.”

Team Tuesday was founded by Martin and Hamlin in support of the American 505 class. Its goal is to help accelerate the preparation, learning and development of its participants as they prepare for nationals and world titles in the 505, and has included coaching support from Jay and Pease Glaser of Glaser Sails (three of this year’s top four competitors used Glaser Sails). Since its inception, it’s produced four world champions who have won a combined eight world championships. – Read on: https://tinyurl.com/y9cskzax 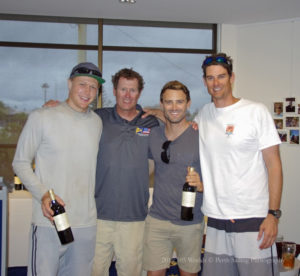