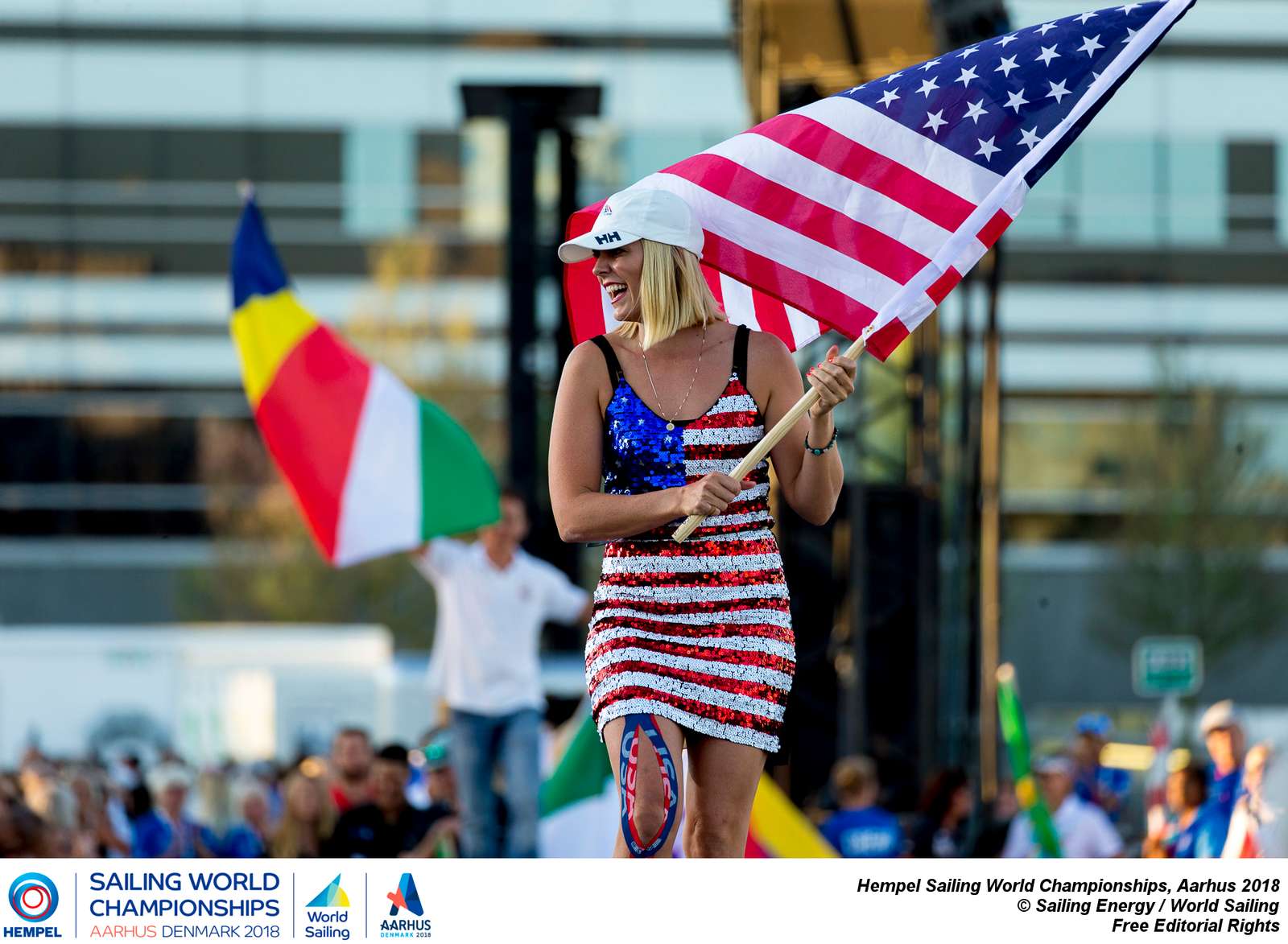 After six races, Paige Railey, Team USA’s top contender in the Laser Radial, sits third overall in the 119-strong fleet at the Sailing World Championships underway in Aarhus, Denmark, after taking a second and a first place respectively on race day 1 of this all-important Olympic qualifying event.

On a personal level, it’s fair to say it’s also an all-important event for Railey who is on her 4th Olympic campaign and still striving for a podium finish although she does have five career World Championship medals, the most of any athlete in the history of the Laser Radial class. St Francis Sailing Foundation caught up with Railey, a Foundation grantee, just prior to Aarhus.

The 31-year old Floridian has had a whirlwind six months leading up to Aarhus, a venue she has not previously sailed, with racing and training events where she worked on specific skills looking out to both Kiel Week and the Sailing World Championships. Going into Aarhus, she felt like she had done the work she needed, and right now it appears that the hard toil is paying off.

“I got myself to a point where I felt I could be competitive and ready to race,” Railey enthused.

Placing 7th at Kiel Week was not a happy result for Railey; she had hoped for top 3 but was nursing an injury which stalled her performance. Her confidence was much higher going into the Olympic qualifier.

“It’s going to be great and I think we have an extremely high possibility of qualifying in class for the Olympics,” she said.

“There’s a really large range of experience in the fleet – some of these women are new to this in the past five years and some I’ve been competing against for 10+ years,” Railey noted.

Railey has been at this for a long time and yet she always manages a smile and seemingly endless patience. How does she do it?

“I look at it as like loving my job – if you love your job then you don’t mind doing it year after year. I also think it’s the level of the sport that keeps you going.”

Rolling into her fourth Olympic campaign, she noted that things are now somewhat different than during her first campaign – Beijing 2008.

“It’s actually become more serious as I have got older, the fleet has become more professional…”