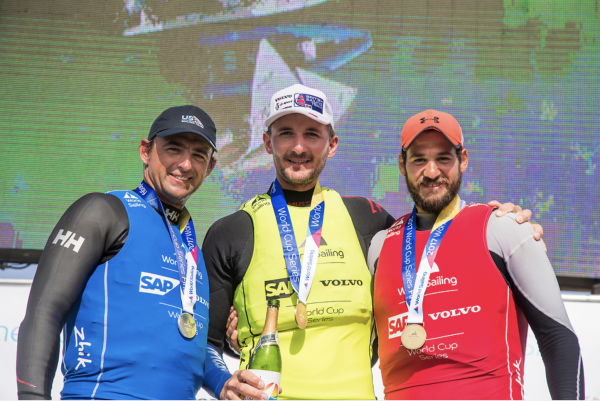 A year and a half ago, with the majestic hills of Rio de Janeiro as a backdrop, Caleb Paine (San Diego, Calif.) proved that he’s not afraid of sporting’s bright lights, claiming the Finn class bronze medal in the Rio 2016 Olympics with a stirring win in the Medal Race. Earlier today, on Biscayne Bay, Paine came up big again when the pressure was its most intense, earning the Finn silver medal in the 2018 World Cup Series Miami, USA.

“For the first event back in the year and a half, it was a great result,” said Paine (above), who officially launched his campaign for Tokyo 2020 this week. “I look forward to improving that in the near future.”

Paine started the Medal Race needing to place one boat between himself and Alican Kaynar (TUR) to move from third to second in the overall standings, while also not letting Ioannis Mitakis (GRE) finish too far ahead. Giles Scott (GBR), the reigning Olympic gold medalist, had simply to finish the race to ensure himself of the gold medal.