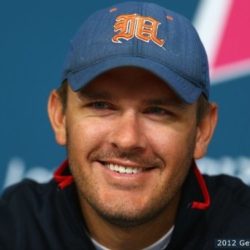 Two-time Olympian Zach Railey is a well-known U.S. sailor who won a silver medal in the Beijing 2008 Olympic Games in the Finn class.

A three-time US Sailing Sportsman of the Year winner and captain of the 2012 U.S. Olympic Sailing Team, Railey is an accomplished businessman, in addition to his sailing.

A native of Clearwater, Florida, Zach got started sailing on an Optimist dinghy at the age of 8 when his family dentist suggested he take sailing classes.  He qualified for his first World Championship at age 10, and competed in his first International regatta the next year:  1995 Optimist South American Championship in Chile. The rest is history–with more that is yet to be written.

In his words, “Even though only one of us will be selected for the spot at the 2016 Olympics, we all want to be as good as possible so that we can win a medal in 2016. That, in the end, is the goal for the country and to make sure that the USA stays on the top of the medal count in Rio 2016.”