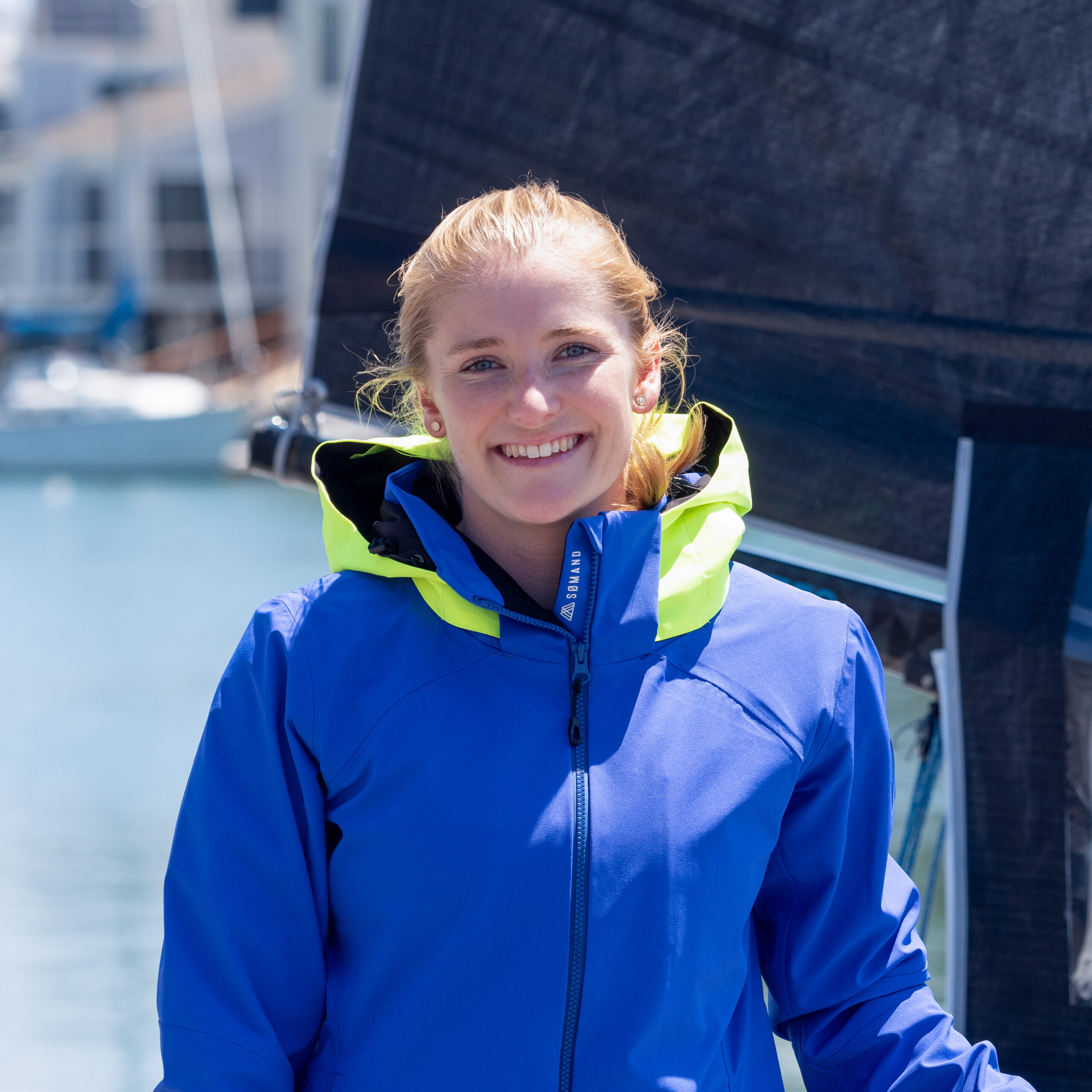 29-year-old Helena Scutt is a force to be reckoned with, on and off the water. The Olympian runs a busy schedule, spending her working hours as a mechanical engineer at Synapse Product Development, a product development consultancy, where she enjoys the variety of projects that comes with consulting and can exercise her love for problem-solving and making concepts come to life. After hours she is almost always on the water, having found her groove in the local Bay Area sailing scene atop the foiling moth. She’s also a valuable member of the Advisory Committee for the St Francis Sailing Foundation.

On the eve of the 2020 Olympics Games, Scutt, who competed at the 2016 Summer Olympics in Rio de Janeiro, in the women’s 49erFX, speaks from heart-felt experience when she expresses just how proud she is of Team USA sailing athletes, as well for her competitors-turned-friends from other countries, and the Team USA athletes from other sports that she met last quadrennium.

“I am immensely proud of everyone who gave it their all through such a roller coaster of a year,” Scutt said. “This Games will be different, but it remains such a rare opportunity to showcase your talent on a global stage. I hope all the athletes can cherish this once-in-a-lifetime moment in their lives, regardless of the outcome and circumstances, and that the Olympics and Paralympics can bring some hope and unity for the world right now.”

While the next few Olympic weeks will surely be intense, before long the Games will be over and athletes will be faced with the often-dreaded task of figuring out, “what next”. Following her Olympic experience, Scutt dove straight into 9 months of finishing a Master’s degree at Stanford.

“I buckled down for an intense year and was grateful to have a clear objective to ground me,” Scutt said.

She also quickly fit sailing back into her life by rolling straight into a Nacra 17 campaign for gold in 2020, but the partnership broke down in late 2018.

“Stopping that pursuit left a big hole in me that in some way I am still trying to fill, because I love sailing and that intensity so much,” Scutt shared. “Compartmentalizing my life (instead of having one all-encompassing goal) is still a little weird to me, and I think that’s natural for anyone who is deeply driven and loves to challenge themselves. Declining other offers to campaign for 2020 was really hard, but I was burnt out and needed a healthier environment, and therefore I wasn’t undoubtedly ready to honor those individuals’ commitments. Talking to other former athletes has really helped me in the transition.”

Fortunately, she’s found more than just solace in a new relationship with the foiling Moth; she’s racing competitively and is looking forward to a full dance card for the remainder of this summer and into the fall.

“I have been having a blast with Moth sailing, mostly in the Berkeley Circle, but also in Long Beach, San Diego, and Huntington Lake,” Scutt commented. “99% of my sailing career has been in double-handed boats as a crew, so it has been really fun to be foiling, skippering, and back on a super steep learning curve. Sailing solo has been refreshing and pushed me to develop certain skills. It’s awesome to have a boat that is equally fun whether you’re racing or simply going sailing. The Moth was the perfect boat to put the fun back into sailing for me. There is no feeling like making a foiling tack or gybe.”

Scutt is President of the US Moth Class and is excited about the recent growth in the class and especially the training group that the class is growing on the west coast. The Moth remains a developmental boat (loose rules allow for equipment innovation) and the class continues to push sailing forward, as Scutt describes.

“Lately most of the developments have been about reducing aero drag. It’s wild to think that just four years ago boats were going 16-17 knots upwind and now they’re doing 21-22 knots upwind (and 30+ knots downwind). I think Moths are the coolest boats on the planet, and the boats are so compelling and fun to sail that the Olympic and America’s Cup heroes make time in their schedules to train and race Moths, meaning that international events are a bunch of obsessed weekend-warriors lining up against some of the biggest names in sailing. It’s such a fun, genuine, helpful group, and I can’t wait to see how good we can get over the years together.”

Scutt says that her inspiration to keep motivated and competing comes from all corners, from athletes in other sports such as Allyson Felix, Simone Biles, Kate Courtney, Alexi Pappas, Tia-Clair Toomey, as well as from friends and family.

“I’m inspired by my friends who double as Moth training partners (shoutout to Richard, Brooks, Dan, and Riley!), my coworkers, and my friends who are still Olympic campaigning,” Scutt shared. “Also, Mike Martin who balances work with winning 5o5 regattas, foil kiting, and giving back to the sport in multiple ways. Anyone who chases audacious goals and is true to themselves and kind to others along the way. Be brave, not perfect.”

She’s also driven by the knowledge that at Moth Worlds, there have historically only been a handful of women, even in a regatta of 200+ boats. Scutt is determined to increase women’s participation because not only does it mean that more women sailors are enjoying the Moth, but also because representation matters in all niches of the athletic and professional worlds – especially in an international class as highly regarded as the Moth.

“The Moth is at the cutting-edge of sailing, and I want women to have the opportunity to be a bigger part of that,” Scutt stated.

“One of those was way too windy and on the other weekend I was doing a triathlon,” Scutt laughed. “Most weekends I sailed both days… so, I have been sailing a lot. In a strange way, foiling around then pitchpoling and somersaulting away from my Moth clears my head to focus for the work week…”

Is she addicted to Moth sailing? Perhaps. Surprising? No.

With many more weekends left in 2020, Scutt’s got most of those accounted for – on the water. She just won the High Sierra Regatta at Huntington Lake last weekend – a very casual regatta in a special place, she noted. The fall and winter will mostly be a mix of Moth regattas in Southern California and Key Largo, FL, including Nationals and North Americans. The Moth Worlds 2022 will be in Buenos Aires, Argentina, late next year.

But, next up is the Moth Worlds in Lake Garda, Italy, in the first week of September. 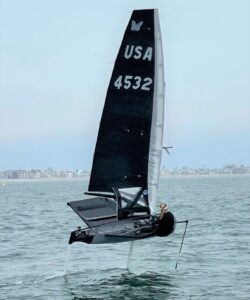