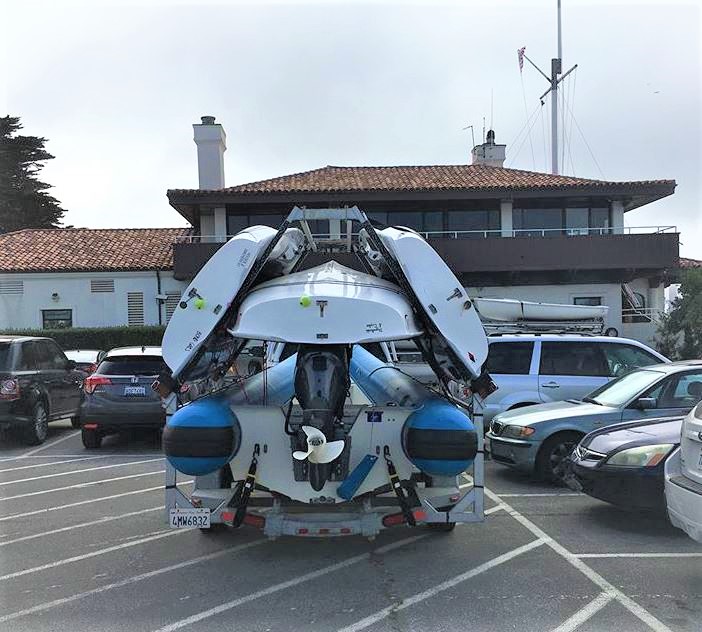 Adam Corpuz-Lahne, StFYC head sailing coach, was halfway through Nebraska and just finishing up an Italian sub from the refrigerator section of a gas station when we caught up with him to have a chat about the upcoming east coast C420 tour he is leading with a group of sailors ages 16-18 from the StFYC (a grantee of the St Francis Sailing Foundation).

“I’m doing really good!” Corpuz-Lahne said good humoredly with 9 hours of driving still in front of him for the day. “I did the trip last year, so I’ve done this a couple of times now and it’s not so bad.”

First stop is the C420 National Championship at the Brant Beach Yacht Club, New Jersey, July 17-19. Chloe Holder/Kristen Zarembinski and Sarah Cuyler/Keliah Stypulkoski will be sailing the event. The two teams then head to the US Sailing Youth Women’s Double Handed Championship in Mentor, Ohio, July 24-29, to compete for the Ida Lewis Trophy in C420s.

While the all-female teams are competing for the Ida Lewis Trophy, three C420 co-ed teams will compete at the Hyannis Regatta, at the Hyannis Yacht Club, July 27-29. Mats Keldsen/Reid Wishner, Buster Baylis/Evelyn Plam, and Nicholas Dorn/Daria Terebilo will use this regatta to tune up and work on their big fleet sailing before heading to Buzzards Bay for the C420 North American Championship, August 2-5, off Fort Tabor, in Buzzards Bay, MA. Zarmebinski will team up with Sean Englebrechten from Sausalito YC for the North Americans.

This is just the second year that the St FYC has participated in an east coast tour as the club works to diversify its junior program to offer more of a balance between club sailing and scholastic (high school) sailing.

“A lot of kids are really excited to move beyond FJs into boats that are more challenging and fun,” Corpuz-Lahne explained. “Racing in these club 420 events, they’ll get to sail in gigantic fleets – there’ll be 150 boats at the North Americans, so about 75 boats on the line on a 4-mile course which is a totally different experience for these kids. Many of them have never had the opportunity to sail at these kinds of events or experience the whole production.”

And a production it is. For Corpuz-Lahne, the effort started about six months ago when he started putting feelers out for who was able to attend, which events the kids wanted to do, and how many boats would be needed. The biggest part of the preparation, he says, is getting everything laid out and making sure every boat has every piece of equipment it needs.

“It has to be done in a very orderly fashion and I have to make sure we have all the spare parts that we may need, then I have to go through the boats to make sure nothing needs to be fixed before I get on the road.”

Corpuz-Lahne reports that the kids are very excited to be touring.

“Some kids did the trip with us last year and had a great time last year and this summer, we have a bunch of kids who have been working hard all year. The whole production of the 420 east coast tour is spectacular. When we pack up and leave to go to the next regatta, there’ll be a caravan of 25-30 trailers heading out – everybody’s doing the same thing, it’s pretty cool and different to what we see locally.”

Corpuz-Lahne’s driving a custom-built trailer that holds his coach boat and three 420s, plus a boat on the roof of the truck. He’s driving alone but his favorite tunes are keeping him busy. “I listen to Pandora and shift between a Blue Grass channel, a Hip Hop channel and a Reggae channel, and occasionally podcasts.”

His favorite snack along the way? Beef jerky. “I eat it like it’s going out of style!” Corpuz-Lahne joked. 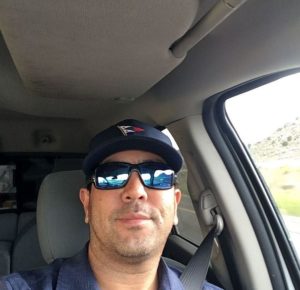