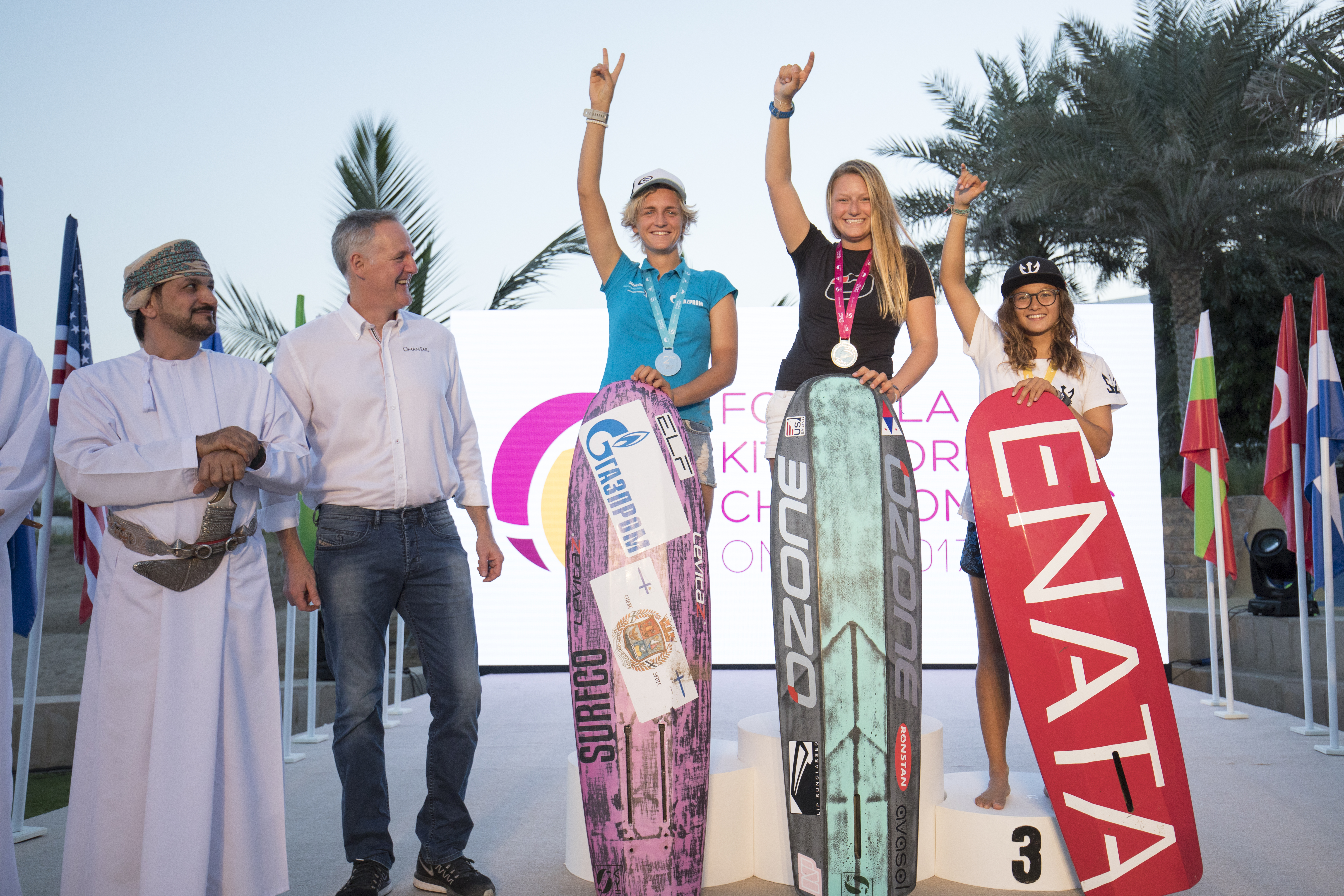 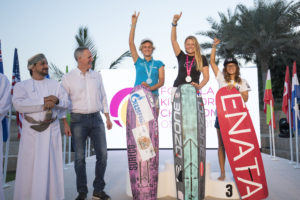 Two-time World Champion Daniela Moroz talks about her recent sweep of the Oman Formula Kite World Championships. From race 1, Moroz had the outcome dialed, winning with a 27-point lead over Elena Kalinina (Russia) in second. Per the International Kiteboarding Association point system, Moroz was ranked third going into the Worlds because she didn’t attend as many IKA events as the other women competitors and so received more points than those women. Unofficially however, she was ranked first since she’d won every foiling event she competed in this year.

Was there anything specific you were focused on to reach the level you needed to be for the Worlds? 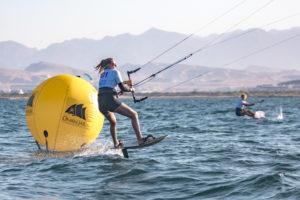 DM: It’s hard to point out one specific strength since I feel like I’ve become pretty well-rounded. I trained a lot over the summer, and tried to get some time in light wind conditions, which were my weakness last year. Improving my light wind skills was definitely a focus for me this year. Once school started at the end of August, I didn’t have as many opportunities to really train on the water outside of events, so I tried to make up for that by going to the gym and swim practice, and really paying attention to what I was eating.

Going into this event, I knew there would be A LOT of expectations of me. I knew that everyone was expecting me to win. Personally, I hate having expectations for myself because it is so disappointing if you don’t do what you expected to. But I knew that everyone expected me to win. It was difficult to tune all of that out at first, especially traveling to Oman for the event. On the training day, I was pretty stressed out but as soon as racing started, something just kind of clicked and I didn’t worry about the different possibilities. I just focused on what I had to do, race by race. It worked out pretty well in the end – haha!

What did you feel you were particularly strong at?

DM: One of my strengths was being able to mentally tune out all those expectations and just focus on myself and my race, one by one. Physically, racing in strong wind is a big strength for me, being from San Francisco. However, I also think something that I really improved on this year was understanding my gear and especially knowing how to adjust my kites. Last year, I was brand new to it and was honestly afraid of doing it on my own. I always had one of my teammates help me out with it. But this time I felt a lot more confident about it. For example, on the last training day before racing began, I went out on a kite that I had not spent too much time on, and it did not feel the way I normally like. I felt much more confident about coming in and adjusting the knots to the way I felt would be better. It’s something minor, but it made a big difference – that kite, an 11m, ended up being PERFECT on the windy day and it definitely made me trust my own judgement more.

How were the conditions and were they favorable for you?

DM: We had a variety of conditions throughout the week. I think that’s the best kind of event because that way only the true best people can win because they have to be good in everything. We raced in everything from 6 knots on the morning of the first day and last day to around 22-25 on the second day to 10-13 on the days in between. I used almost every kite I registered.

How did the competition compare this year to last? Who were you looking out for and why?

DM: I think the overall level of the women’s fleet has improved a lot. Elena Kalinina, from Russia, is really strong in light wind, as I saw at the Worlds last year. I was definitely looking out for her when it was light. Alexia Fancelli from France has improved a lot over this season, and I was surprised at her speed when it was windier. I felt like I kind of knew most of the girls’ strengths and weaknesses, but I mostly just tried to focus on myself and my own race.

It seems like for the most part you were strong from the get-go – what were the defining moments of the competition?

DM: I felt pretty good after the first day, winning all but one race. I just tried to be consistent and sail clean. The second day was the windy day when we were on 11m’s, and I loved those conditions. I think my defining moment was after the second day. I had won 10 out of the 12 races we’d done so far and it gave me a lot of confidence going into the rest of the week.

What equipment were you on?

DM: Ozone R1 V2’s and Mike’sLab board and foil.

What’s next for a two-time World Champion????

DM: I HAVE to focus on finishing junior year! It’s a tough year, so I really want to just keep my grades up. Other than that, I love what I’m doing and I’m gonna go for #3 next year!